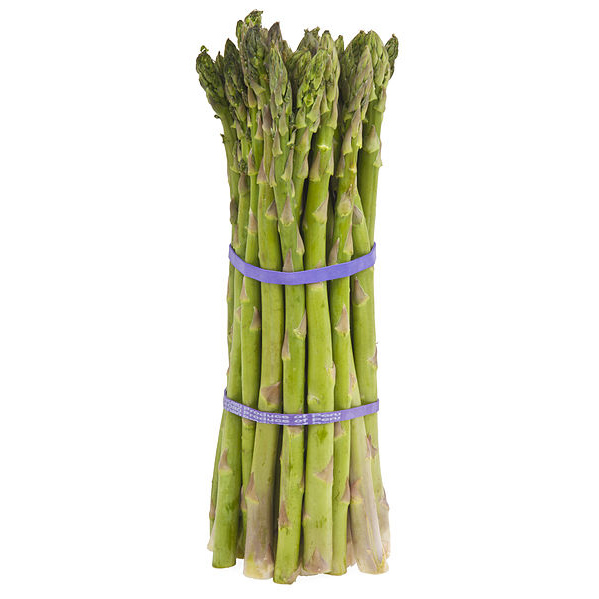 Asparagus is sometimes called the “king of vegetables” because of its crowns (the part of the crop grown underground that sprouts the edible spears). The spears can measure 6-12 inches long. Asparagus is a perennial crop (it does not have to be replanted every year) and its patches can produce for more than 20 years!

Store asparagus in a bag in the refrigerator, preferably in the crisper between 32 and 36 degrees F. Properly stored asparagus can last between 2 and 3 weeks.

Asparagus can be eaten raw, or lightly cooked by steaming or stir-frying. Stir fry in oil or butter to enrich flavor. Steam with water and other veggies for a healthy mix.

Always select asparagus that stands straight up and is crisp. Avoid asparagus with discoloration – it should range from white, to pale green, to a darker, vibrant green. Those grown above the ground will be much greener than those grown under the soil.

Asparagus should be snapped or cut from the ground in the early mornings. It does not do well in hot midday sun. Color indicates the amount of sunlight the asparagus received, with dark green being the most and white meaning none at all.

Asparagus Salad – Select the youngest, most tender shoots. Drizzle with olive oil and salt and eat raw. Especially yummy with fresh strawberries, hard-boiled eggs and some ham on the side.