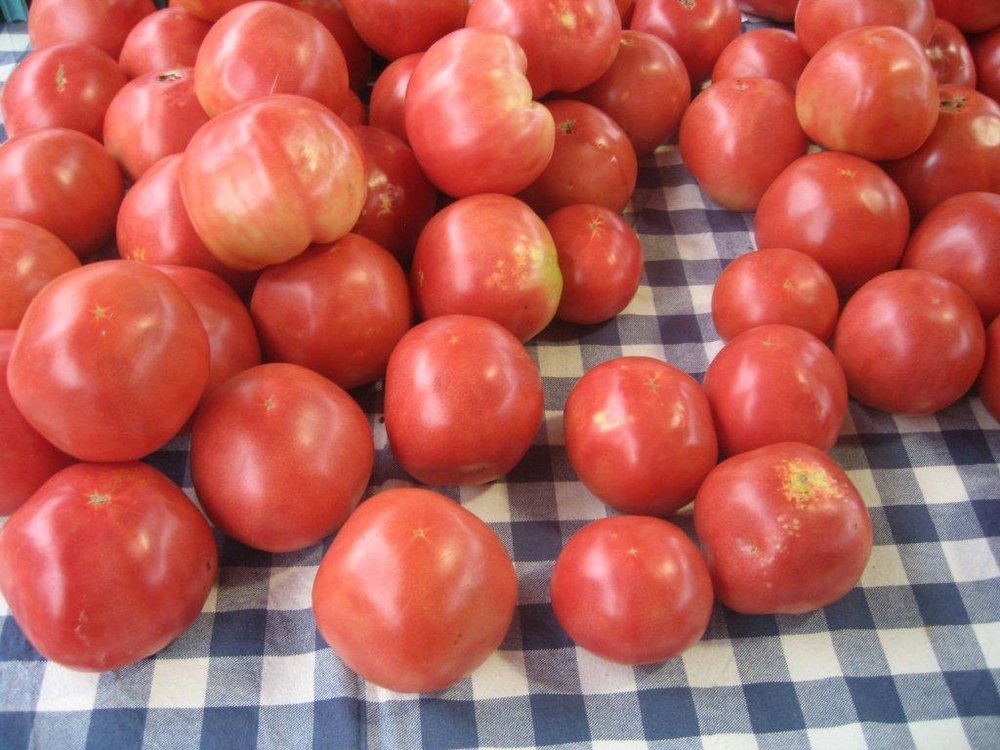 Tomatoes, actually fruits, are an incredibly common food not only in America, but North Carolina specifically. Tomatoes come in many varieties that range in color and size, from tiny golden “Sungold” cherry tomatoes to giant dark “Cherokee Purple” heirlooms. Most common are the red slicing tomatoes.

Tomatoes can be eaten raw or cooked. Cooking tomatoes removes much of their nutrients and shape. Raw tomatoes are a great snack or perfect topper for any salad. Sprinkle a little salt on a fresh sliced tomato for a wonderful snack anytime.

Tomatoes are a warm season crop and usually only found during late spring and summer. North Carolina has great soil for tomatoes, but they require a hot growing period. Tomatoes will usually be found beginning in late May through late August.

Tomatoes tend to grow on weaker vine/stem systems and often require assistance for upright and stable growth. Tomatoes are usually picked by hand and are harvested when they finish turning green to red, just before ripening to allow more time after harvest to mature.

Stuffed Tomatoes—Wash and chop tomatoes in half. For smaller snacks, use cherry tomatoes. Scoop out inside of tomatoes and lightly steam with water, oil, salt, pepper, oregano, garlic, and dill. Salt tomato shells and while stuffing is steaming, toast almonds. Once toasted and stuffing is a good consistency, stuff tomato shells with stuffing and almonds.